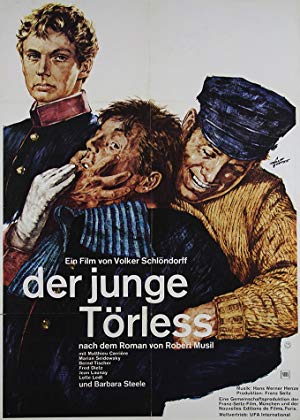 At a boarding school in the pre-war Austro-Hungarian Empire, a pair of students torture one of their fellow classmates, Basini, who has been caught stealing money from one of the two. The ...