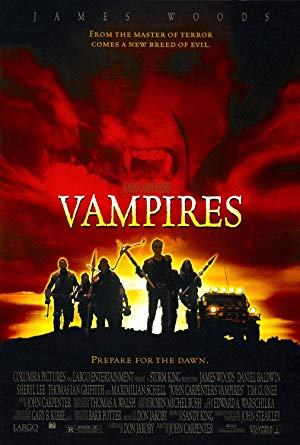 Recovering from an ambush that killed his entire team, a vengeful vampire slayer must retrieve an ancient Catholic relic that, should it be acquired by vampires, will allow them to walk in sunlight.