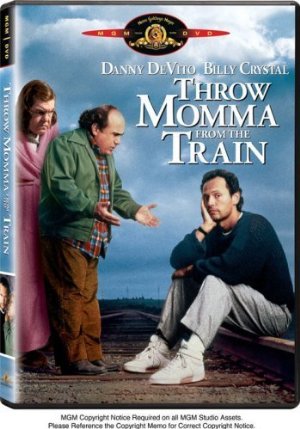 Throw Momma From The Train

A bitter ex-husband. A put upon momma's boy. Both want their respective spouse and mother dead, but who will pull it off?