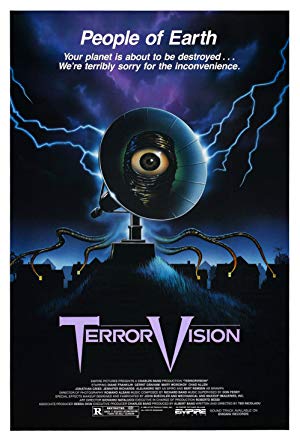 A family's new satellite TV system starts receiving signals from another planet, and soon it becomes the passageway to an alien world.