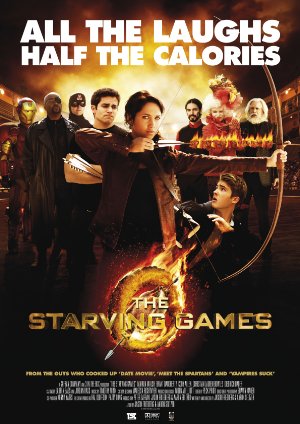 In this Hunger Games spoof, Kantmiss Evershot must fight for her life in the 75th annual Starving Games, where she could also win an old ham, a coupon for a foot-long sub, and a partially eaten pickle.