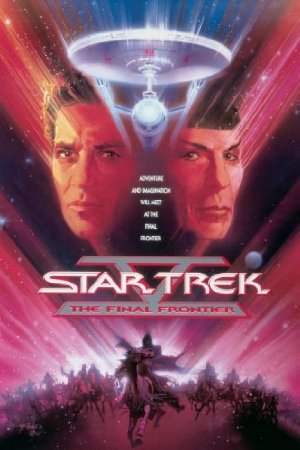 Captain Kirk and his crew must deal with Mr. Spock's half brother who hijacks the Enterprise for an obsessive search for God.