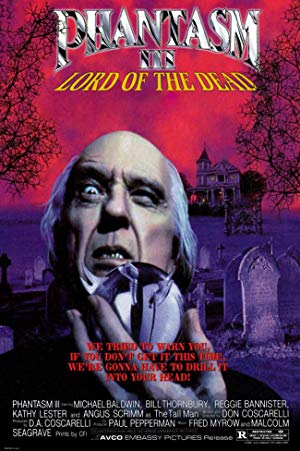 Phantasm III: Lord Of The Dead

Mike and Reggie continue to hunt the mysterious Tall Man, discovering along the way that the invasion has already begun.

Patrick has this movie in their watchlist.