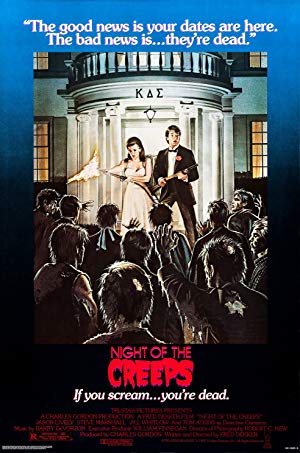 Night Of The Creeps (Director's Cut)

Alien brain parasites, entering humans through the mouth, turn their host into a killing zombie. Some teenagers start to fight against them.