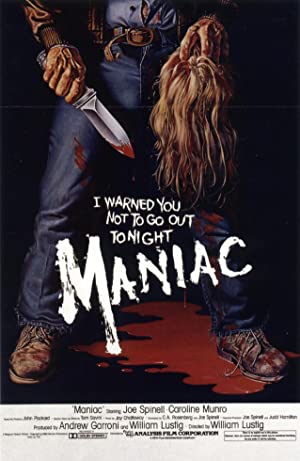 A psychotic man, troubled by his childhood abuse, loose in New York City, kills young women and takes their scalps as his trophies. Will he find the perfect woman in a photographer, and end his killing spree?

Patrick, Nora has this movie in their watchlist.