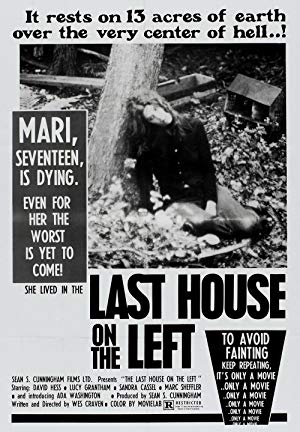 Last House on the Left, The

Two teenage girls head to a rock concert for one's birthday. While trying to score marijuana in the city, they are kidnapped and brutalized by a gang of psychotic convicts.