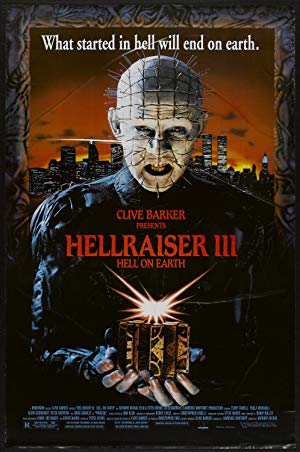 An investigative reporter must send the newly unbound Pinhead and his legions back to Hell.