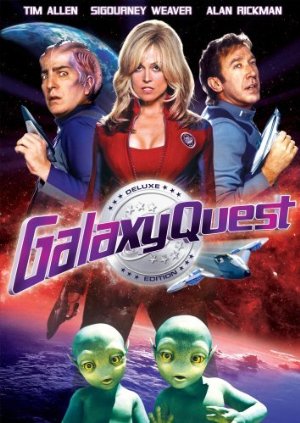 The alumni cast of a cult space TV show have to play their roles as the real thing when an alien race needs their help.