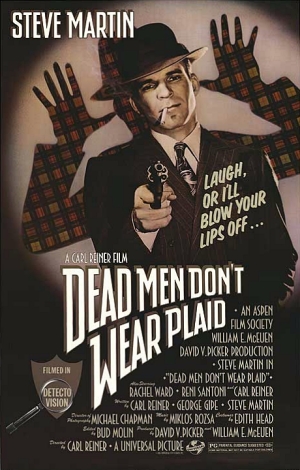 Film noir parody with a detective uncovering a sinister plot. Characters from real noirs appear as scenes from various films are intercut.