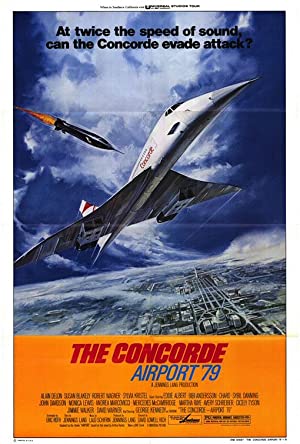 A supersonic airborne disaster. In order to survive a flight headed for the Moscow Olympics, passengers of the Concorde must endure aerial acrobatics to dodge missiles and survive a device that decompresses the plane.