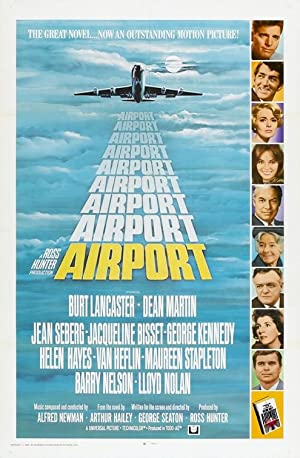 A bomber on board an airplane, an airport almost closed by snow, and various personal problems of the people involved.