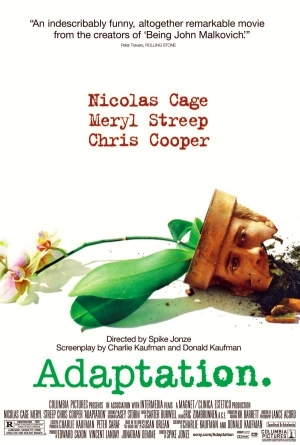 A lovelorn screenwriter becomes desperate as he tries and fails to adapt 'The Orchid Thief' by Susan Orlean for the screen.