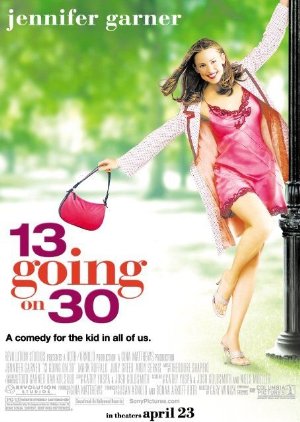 A 13 year old girl plays a game on her 13th birthday and wakes up the next day as a 30 year old woman.